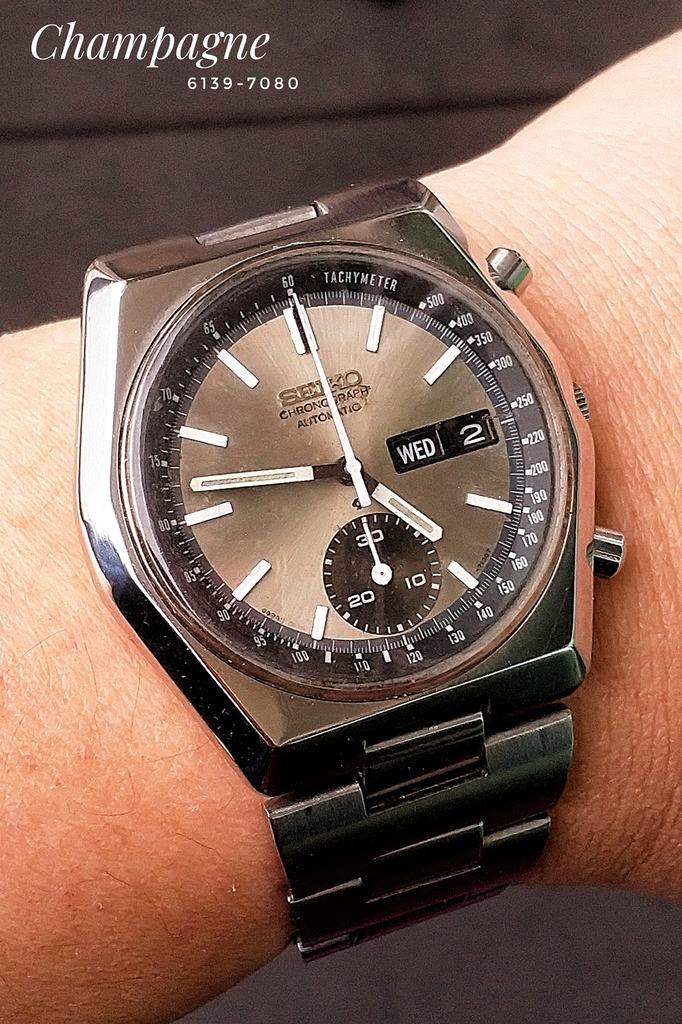 The 6139 is one of the most well-known classic chrono caliber Seiko offers.  Introduced in the late sixties, this had been used in a series of their sports series, and was the world's first automatic chronograph.

There are only two timekeeping hands, for hours and minutes indication.  No seconds hand. However, while using the it as a chronograph, the long hands initially pointing at the 12 o'clock position, will start moving and works as second counter.  The smaller round dial at the 6 o'clock position works as minutes counter.  The two buttons on the right works as the start/stop and reset buttons.  For day and date quick setting, this can be done by the two stage pressing from the crown, a full pressing of the crown will quick set the day, and half press will set the date.

The variants of the 6139 had gained a lot in popularity over the years and almost every models are now collectible items.