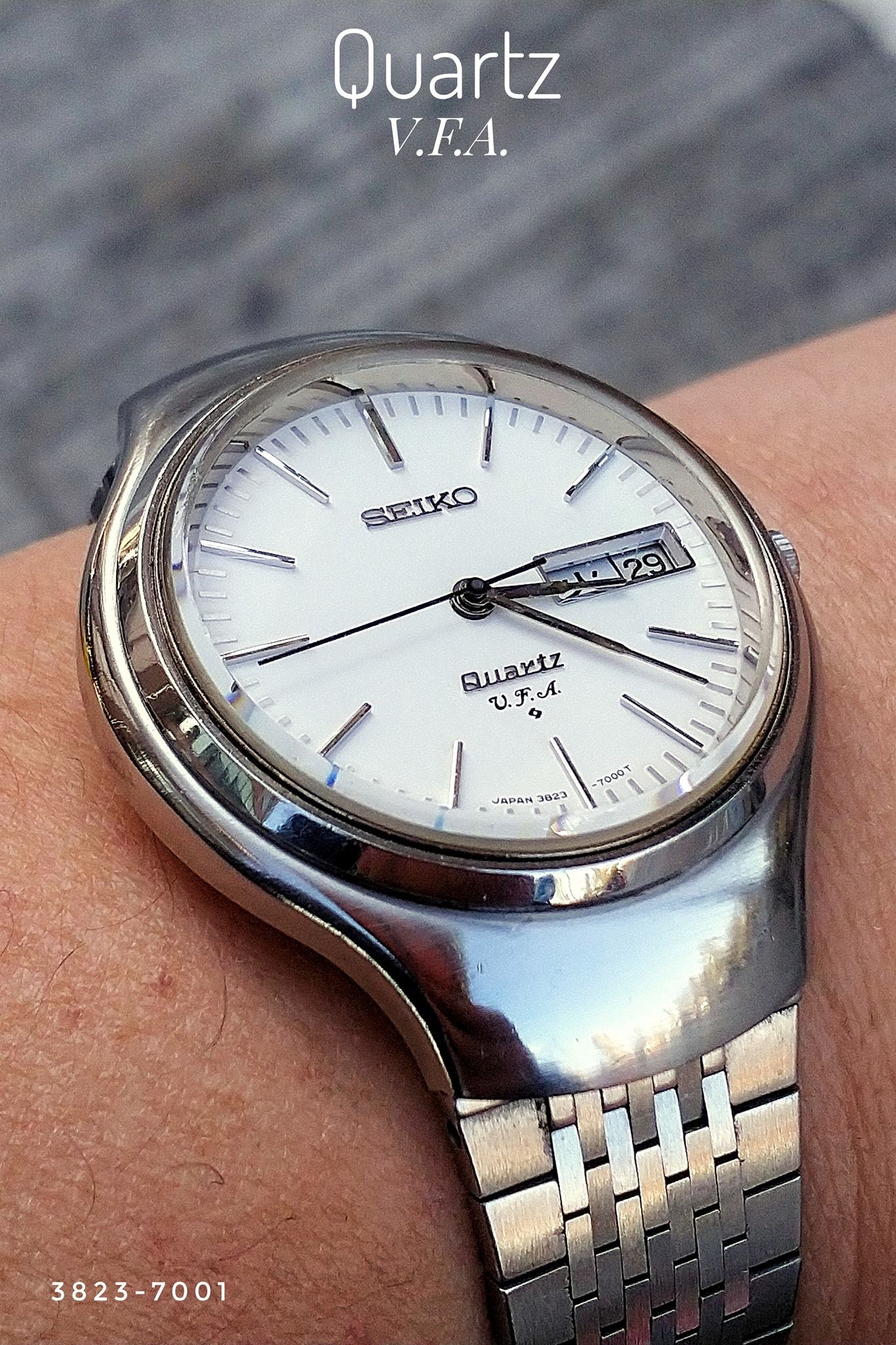 After Seiko launched the world first Quartz watch in December 1969, the accuracy standard on horology had been pushed forward to the next level.

Due to the hefty price these introductory pieces had, quartz watches were not popular at all.  Some of these pieces could cost as much as a home.  Until a few years later, prices had come down resulted by mass production.  However, still cost quite a bit, and typically still more expensive then most with traditional automatic calibers.  In 1974, they came out with this model, the V.F.A., which stands for "Very Fine Adjusted".  This term were used before on their earlier Grand Seiko 6186, with this stamp, it means the pieces is tuned specifically to meet certain accuracy standard, which was not met by most other watches at the time.

The Quartz 3823 V.F.A., has a very outstanding performance in terms of accuracy.  It has a rating of +/-10 seconds per year, which surpass most many other watches available in the market.  Yet, it's not the top performer from Seiko.  The selling price in 1974 of this beauty, was 141,000 yen.  With that money, one could get a new Toyota in Japan already.  The dial is also another highlight.  All minute and hour markers are separately applied, not painted.  Topped with a coated sapphire crystal.  Very nicely made it is.

Until today, it is still running very accurately with about +/-2 to 3 seconds a month, where it still wins a lot of watches out there nowadays hands down. 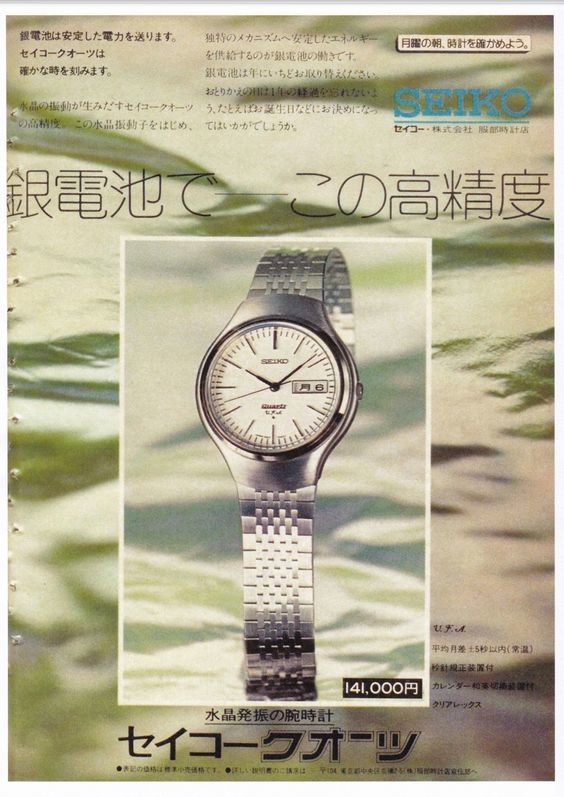 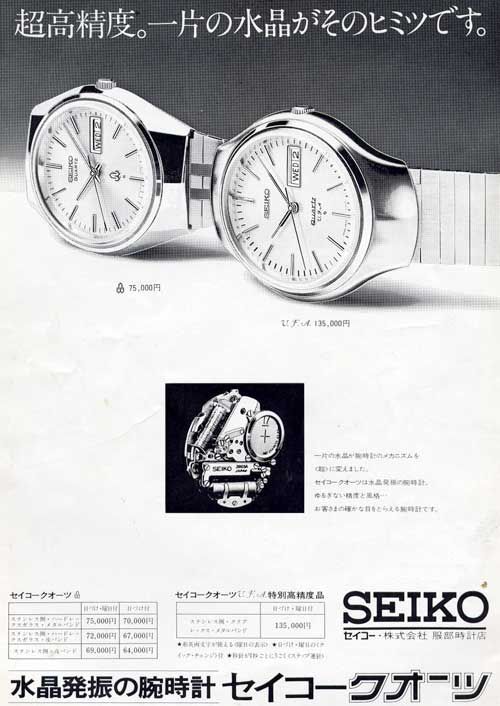 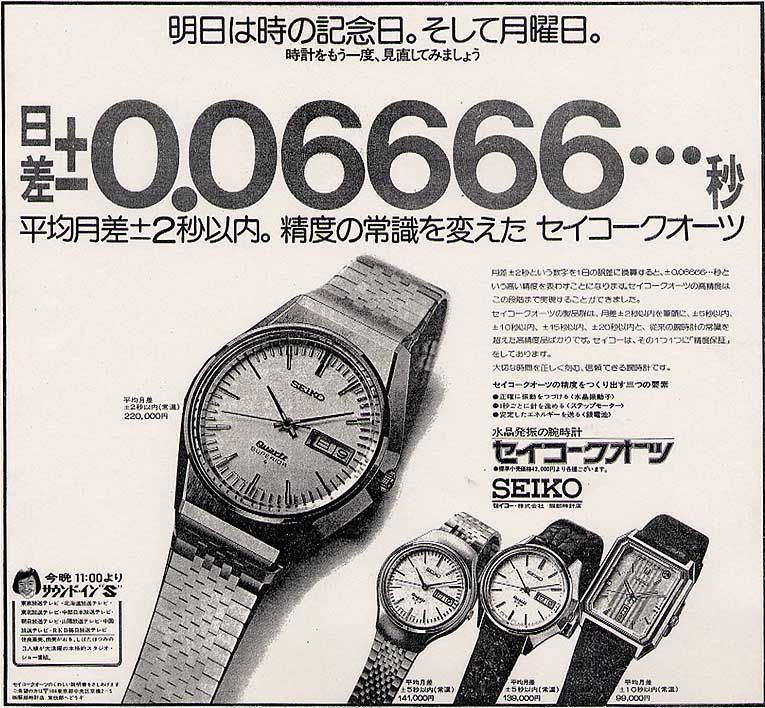