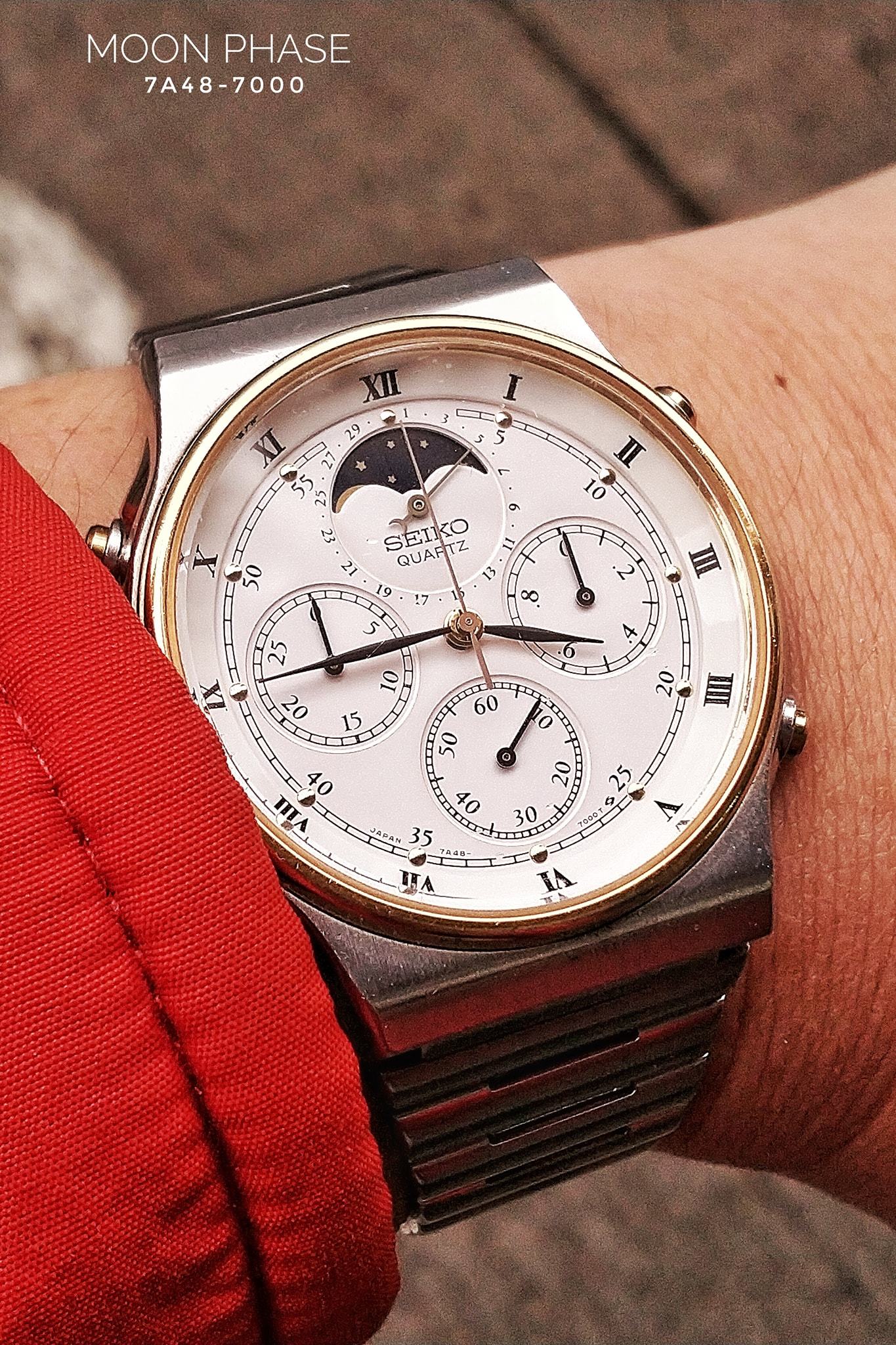 One of Seiko Best Quartz Chrono

Seiko had brought out a lot quartz chronos in the past three decades.  Among them all, I would say the one the grabs most collectors' attention is the 7A series.

There are reasons for that, the movement.  There are four types of movements in the 7A series, 7A28, 7A38 and the 7A48. (And also 7A34, the one with a calendar window at 12 o'clock, thank you George Clarkson for pointing that out). The one here is the signature model of using the 7A48 movement.  What it offers, obviously is the signature moon phase indicator which is not available on the other two. In the same moon phase dial, it also shows the date of month, but not day of week.  The dial itself is not painted but baked, which makes it shine and bright.

What's so special about the 7A?  They are fully serviceable, unlike some modern quartz movement, which are sort of concealed and non-serviceable, this can be taken apart just like a regular auto movement. A full strip down service is available nowadays, only through some enthusiasts or places that have the know-how unfortunately.  But luckily, this movement is quite robust, a proper regular service can keep it going and going, for years to come. 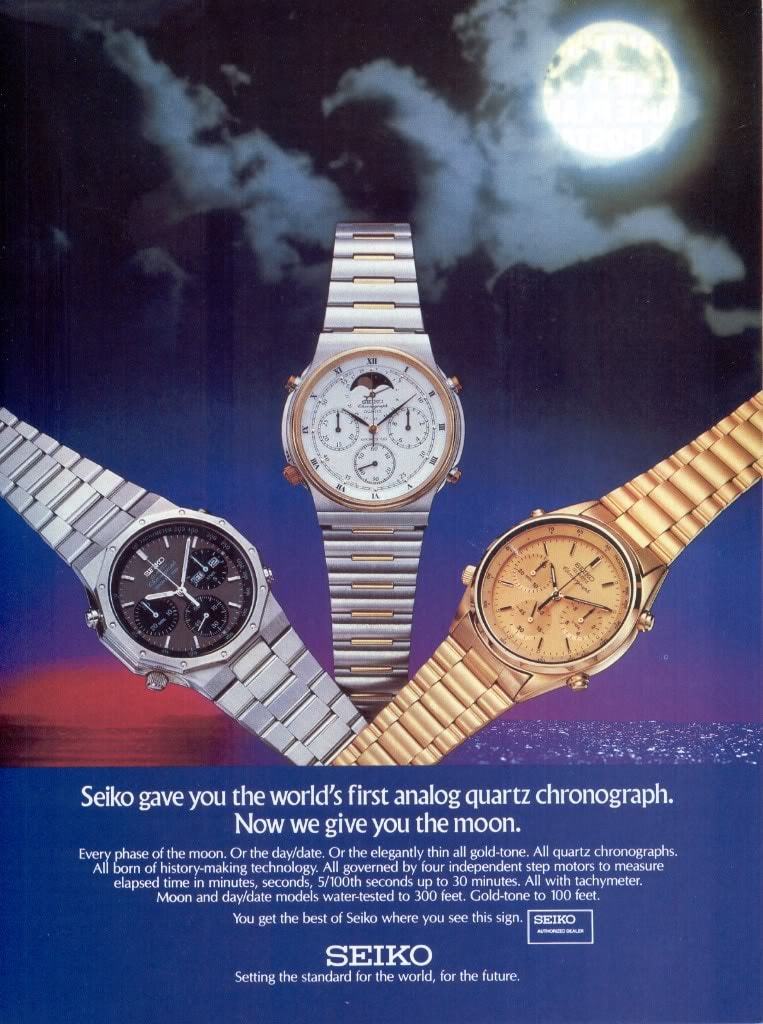 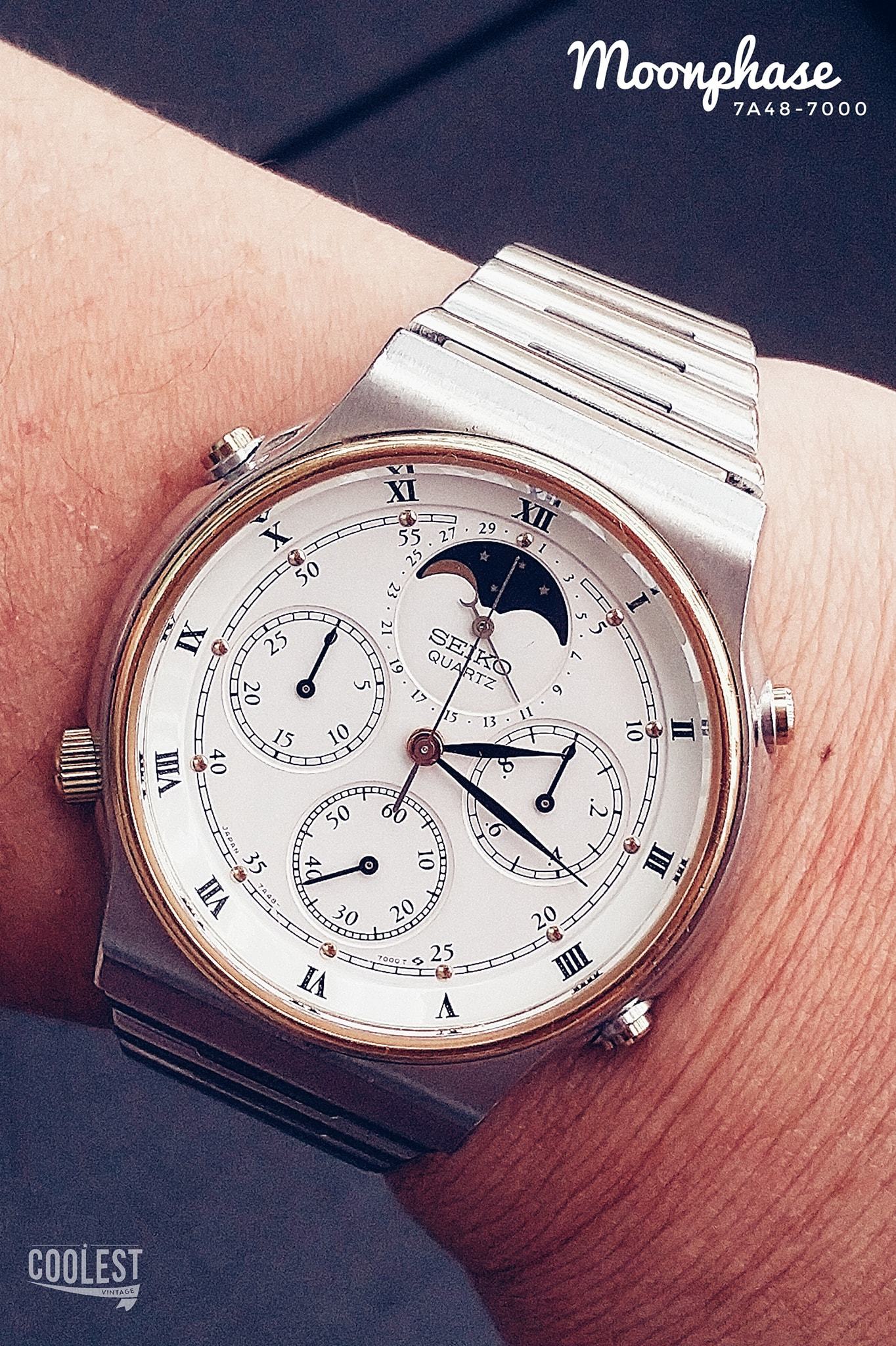