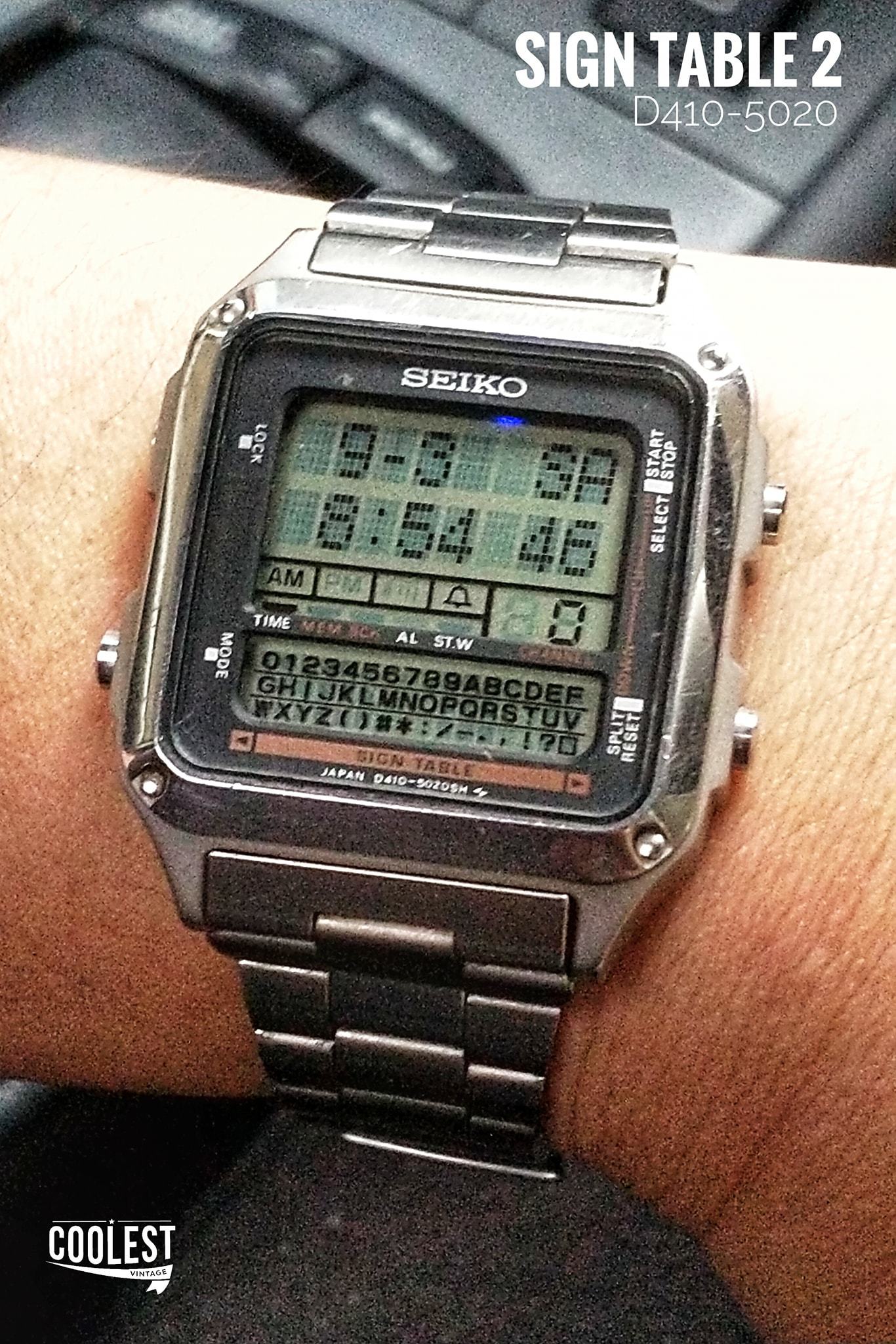 Here is my other Sign Table, not the D409 but a less often seen D410, which was the 2nd generation of their early attempt in bringing new features in their digital watches. Generally it works and features the same as the D409, except for a different layout, and an added function of Contrast Adjust, that said could help extending the battery life. Yes or no, dunno.

It has a 20 built-in memos, and a scheduler, stopwatch and alarm.  The most difficult part of this watch is data entry.  Under the input mode, the user have to move the cursor on the alphabet area. Once the character is selected, then press a button to enter it.  You can figure how long it would take to enter a sentence, even without error.  So the real usability of it, is probably have the info entered and not having to edit it often.

Thanks Seth for checking it up for me as it came with a very faded display. He figured it's the weakened polarizing filter causing that. After adding a new filter, things can been seen once again. Thanks again bro for fixing that. 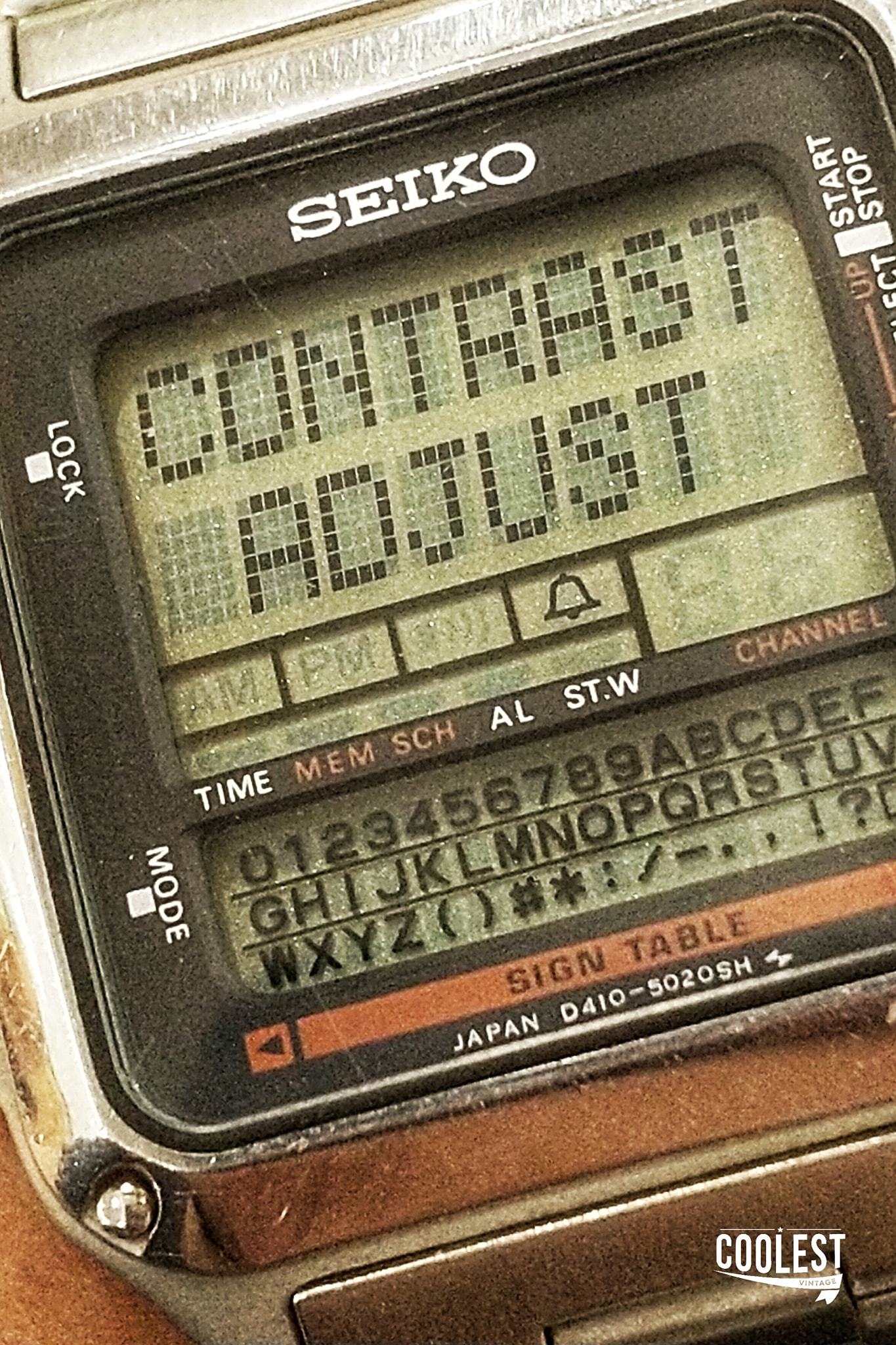