So, here's my first Citizen Ana-Digi Temp.  It is one legendary watch by Citizen released in the '80s.  The most iconic characteristic of this series, is definitely the ever busy dial, that features two analog dials, two digital displays, and a mode indicator panel.  Almost all the subsequent models kept all these layouts, nothing had been left out.

Some time ago I decided to have at least one of these, I want a special one, not a typical one you see out there, even though those are equally stunning, there's gotta be one that really stands out or what I want, a rare one.   Great that my friend Mr. Seth Clary, who is an expert in servicing these Citizen, knew my want on such a unit.  He came across this watch.  He told me this is one rare bird, in an almost NOS condition. However, the original 8982 module wasn't functioning correctly.  He definitely needs some time sorting this out. As soon as Seth showing me this, I knew it, it's going to be mine.  Good news was, Seth told me he found a solution for it, was to replace the main module with a newer, better, and more reliable one, which is a 8989.  As told by him, it is sort of difficult to locate this module.  My thought was, in the later days before the ADT was discontinued, not too many of these watches were sold near the millennium. Thus not many of these, which were still running, would be in the used market.  This is just my wild guess.

So finally, this watch is totally restored by Seth. With the 8989 as the power train inside, yet keeping all the dials and hands preserved, now this could possibly be among the best ADT you can find right now. And I am extremely pleased Seth is willing to let me having it.  I definitely won't pass it on to anyone else, it's such a masterpiece.

To celebrate its arrival, for the very first time, I made a nato strap for it. Yes, the very first strap made by myself. This watch I don't have a photo showing it's original form, thus I can't tell whether it came with a bracelet or straps. However, we do believe it came on straps or nato.  So, to make myself more comfortable for my first straps, I made a nato. Real leather at 1.5mm thickness, leather loop instead of metal one, and one pin hole only, it's made for me after all.

I don't have much photo I can attach to this blog for the Ana-Digi, but I will update it once I could locate some, and use this a place to store my findings.  Finally, thanks Seth, you made my day! Thanks bro! 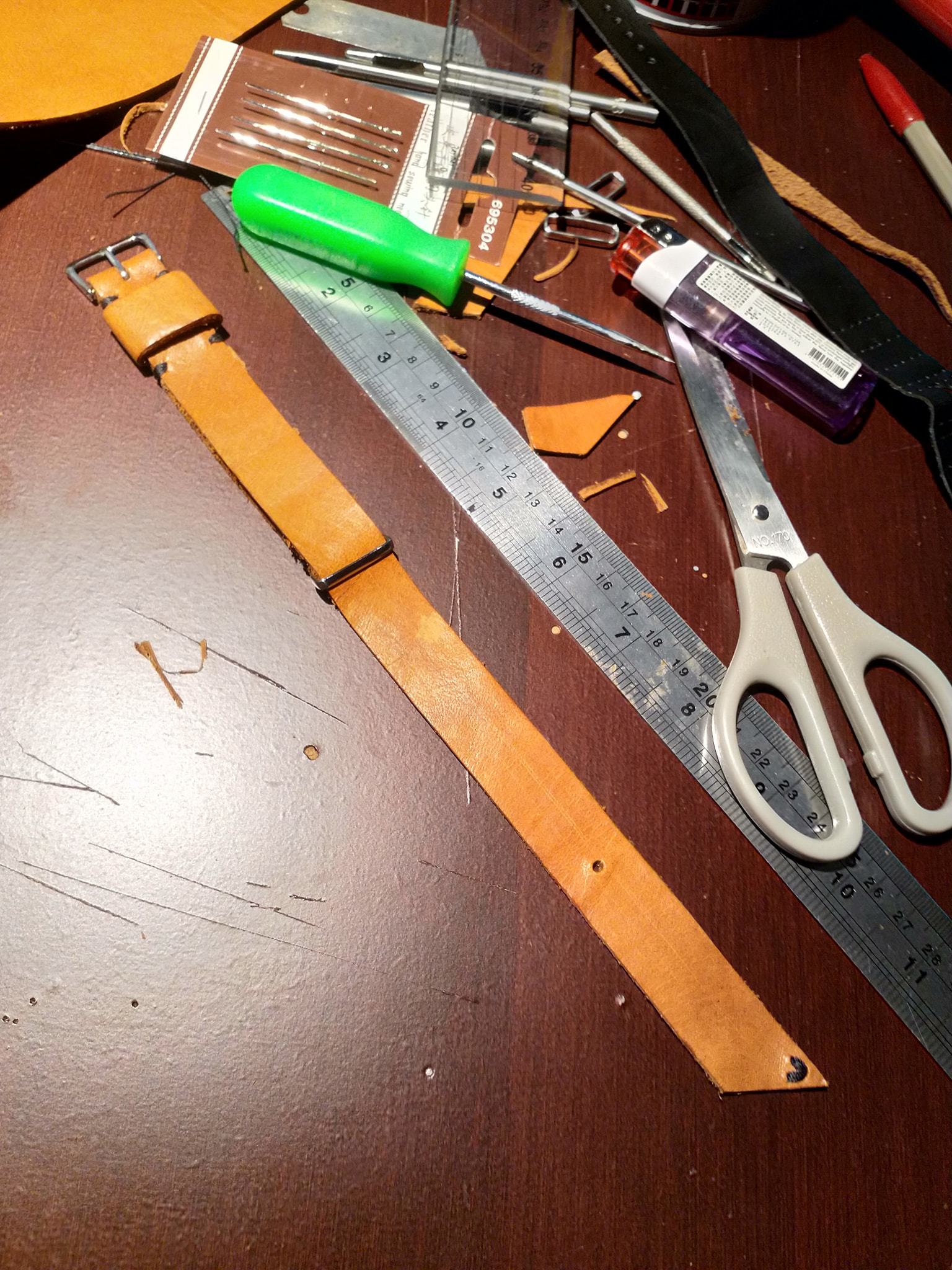