This belongs to the final year of the Seiko King Quartz lineup equipped with a single quartz, the catalog year is believed to be 1979.

After that year, Seiko had came out with a full lineup with a series of new movement.  Highlighting their new technology breakthrough, the Twin Quartz, which brought accuracy to a whole new level.  We'll talk about that later. 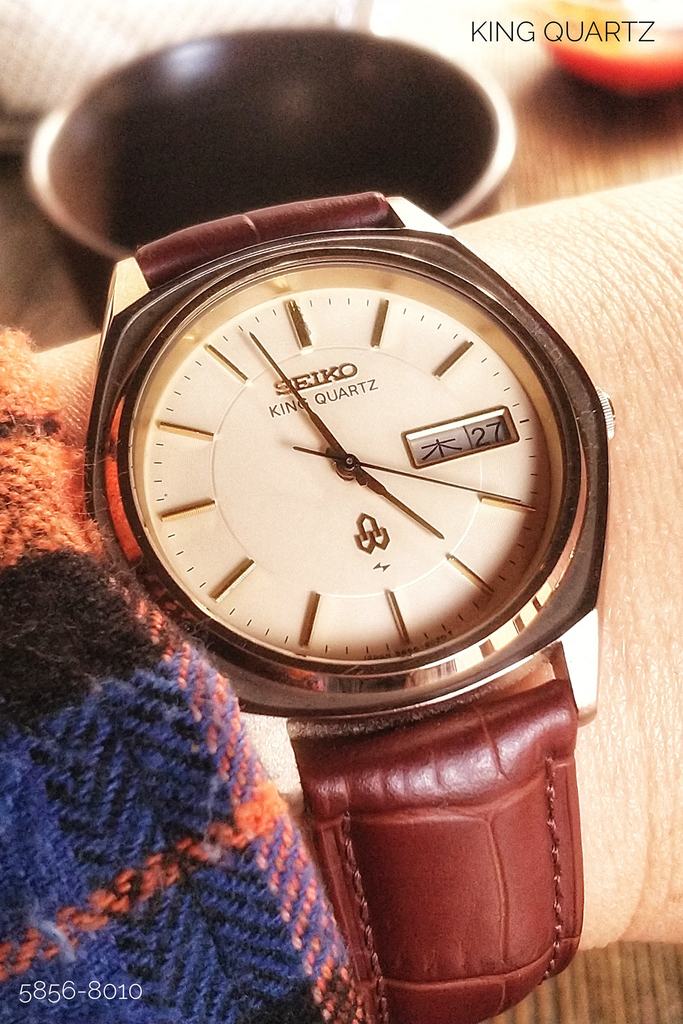