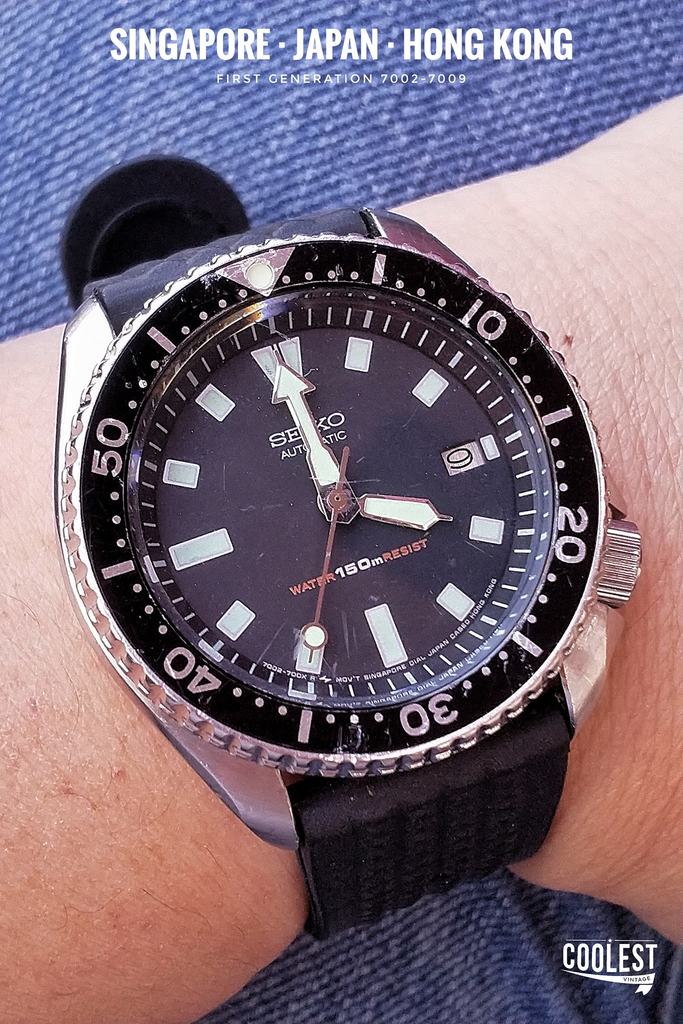 Where Did They Come From?

The time before the ever popular 7S26-based SKX007/009 we see in the stores nowadays, there was the 7002 automatic diver that took the world or affordable divers.  The production was between 1988 and 1995, many different versions of 7002 divers had been sold worldwide.

Though they all looks pretty much the same to most people, the differences among them were mostly where they were made and assembled. The origin didn't make any of them better than others, it's just how often you see them floating around nowadays, that is, the state of scarcity.

The one shown here is one of the many variations.  Movement made in Singapore, with the mark 'Singapore' shown on the rotor, the dial from Japan, and assembled in Hong Kong.  This is clearly marked at the bottom part of the dial.  Ones from the other origin will have different markings, and with the help of some enthusiasts on the internet, they had well documented the ways to decode the origin from the dial.