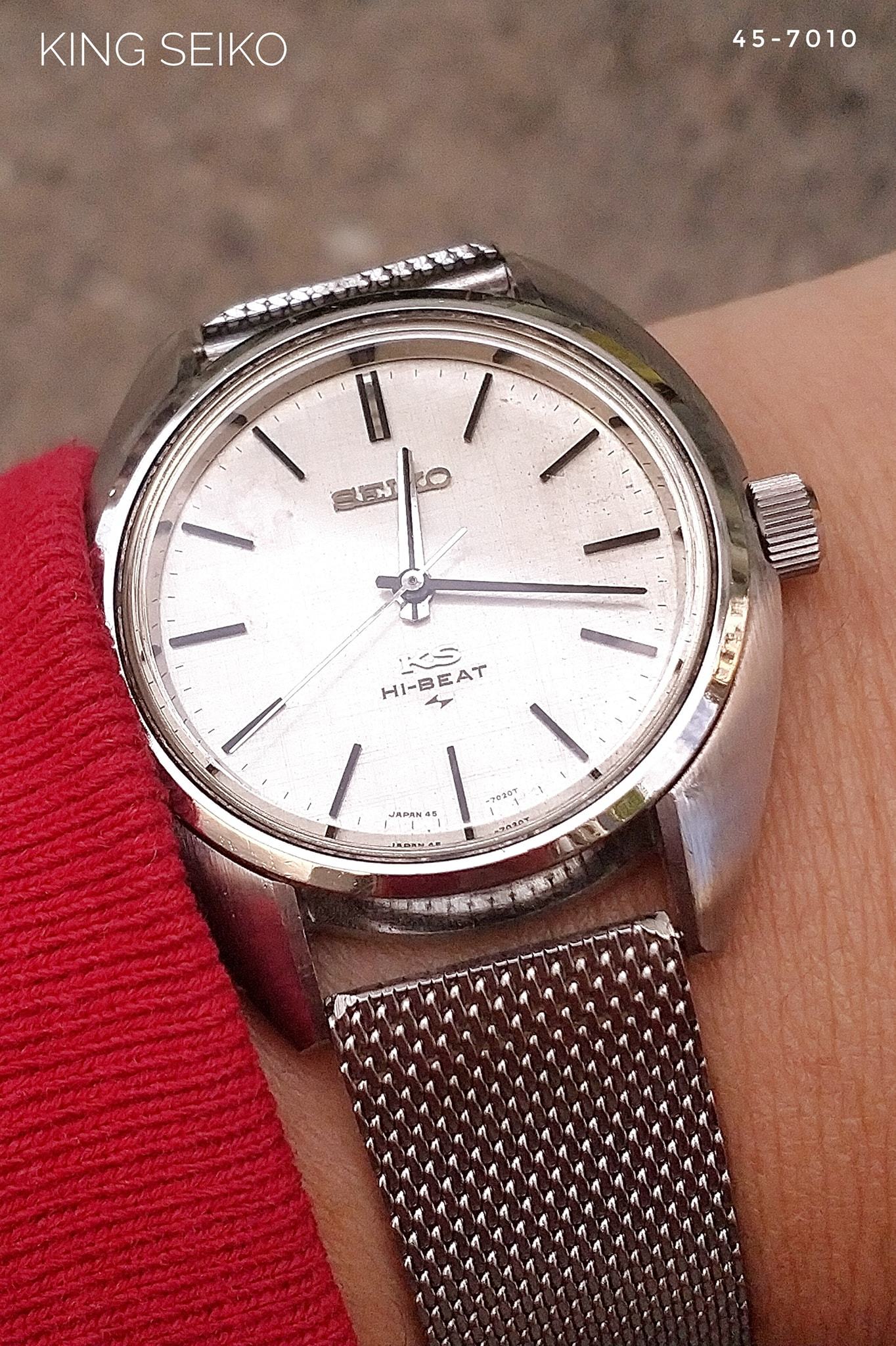 The King Seiko is one of the popular dress watch series they have in the sixties, all the way to mid seventies.  The line just below their top series, Grand Seiko, the KS also offered some high end pieces sharing the same movement with the GS.

One of the best movement they had in the time, the 45 series.  A manual winding caliber, having a beat rate at 36000vph, made by the Daini factory.  It was among the most expensive models in the KS series in the year 1970.  Originally mounted with black flat leather straps, with a KS signed buckle.  Now mounted with an original Seiko mesh style bracelet from the same era.  Lugs width is 18mm, which is typical width of most dress watches of that time.

I have another GS using the same caliber.  Looks almost the same, except you can find the one in GS is more polished up, and with Grand Seiko marked on the movement.  Very nicely made, and the value of the 45 series had gone up a lot over the years.  A very good investment indeed.