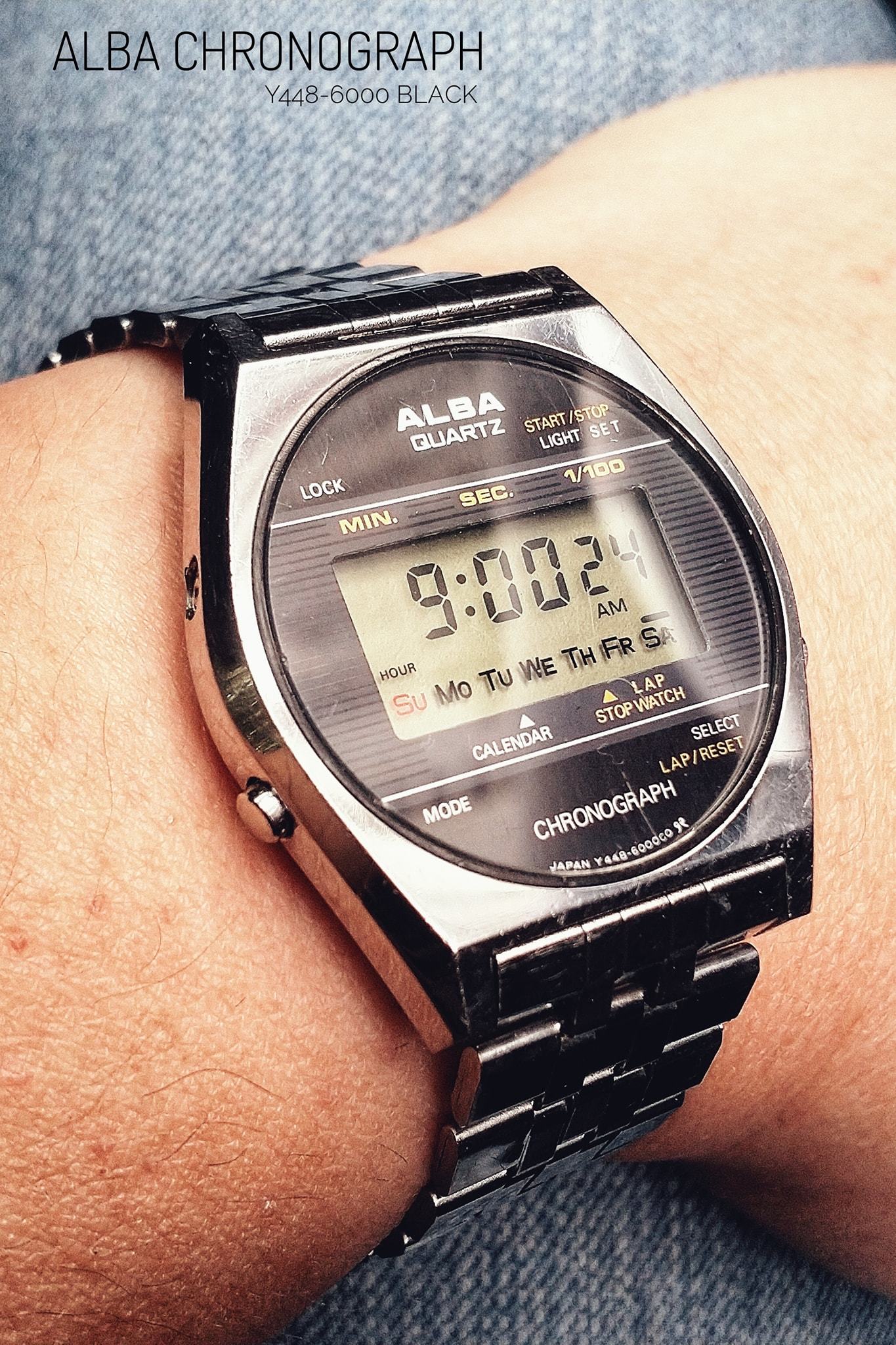 Introduced in a special issue of the Dealer's Catalog in 1978 December, the name ALBA was mentioned along with a bunch of digital watches, which in design, were very different from what Seiko had been offering.

Among the five models shown on the catalog page, three of them are offered with a round face, in three different colors.  It's offers time keeping, stop watch and chronograph function, no alarm.  Priced aggressively to tackle the young people's market.  These were the first batch of ALBA watched released in 1979, the official year of ALBA hitting the market in Japan.

Bracelet comes with this sample, is the original, all functions are working including the tiny light bulb. Hopefully, I could find the other two color variants down the road. 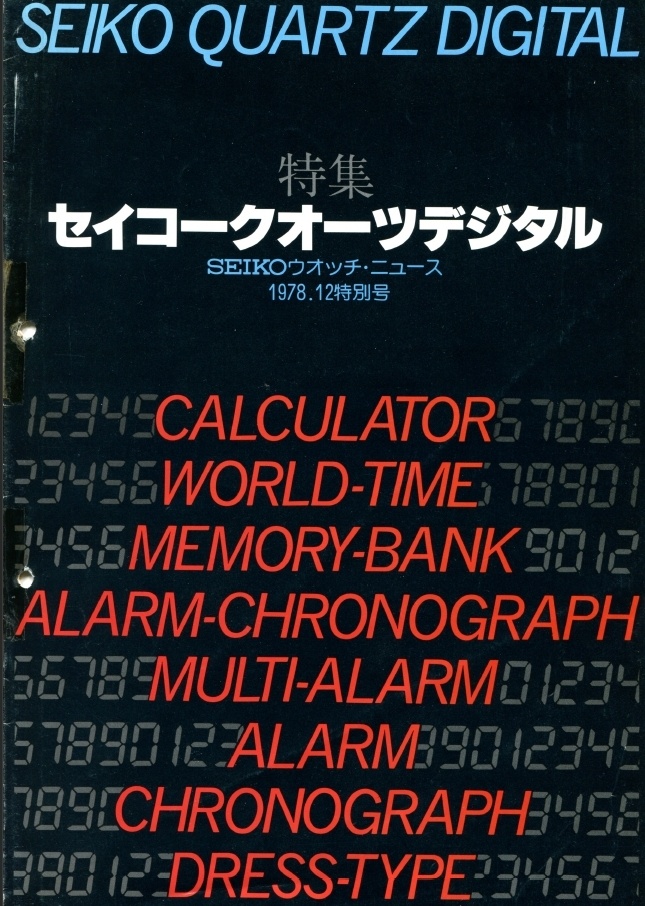 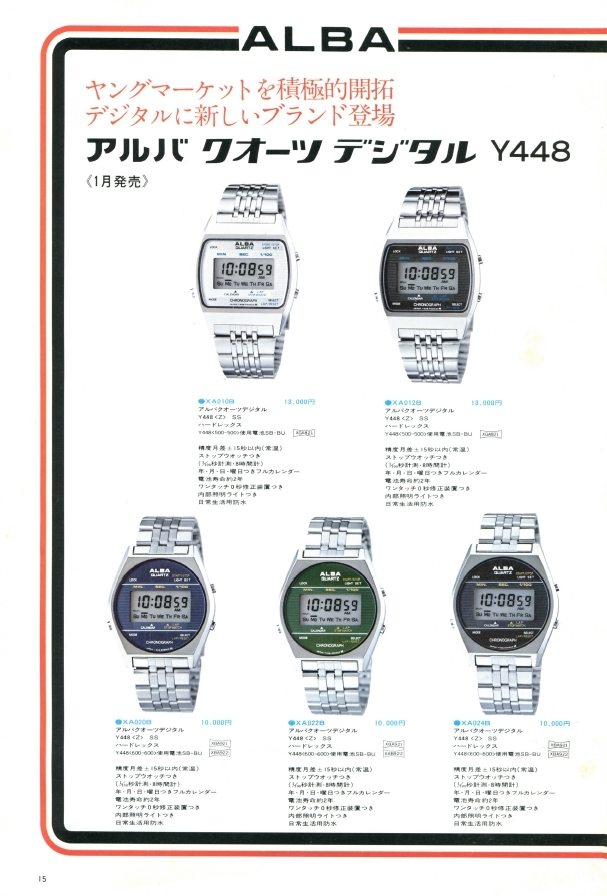 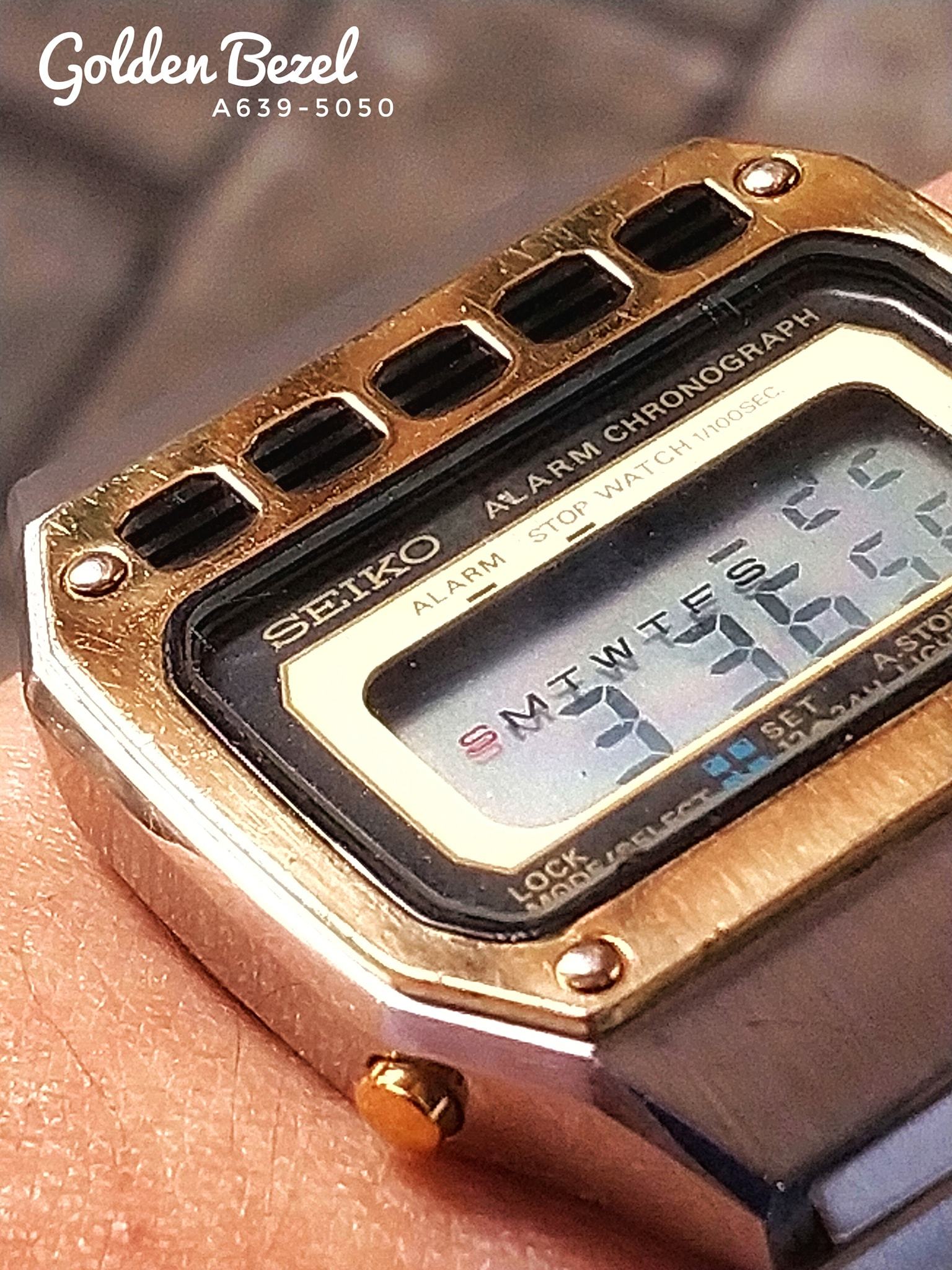 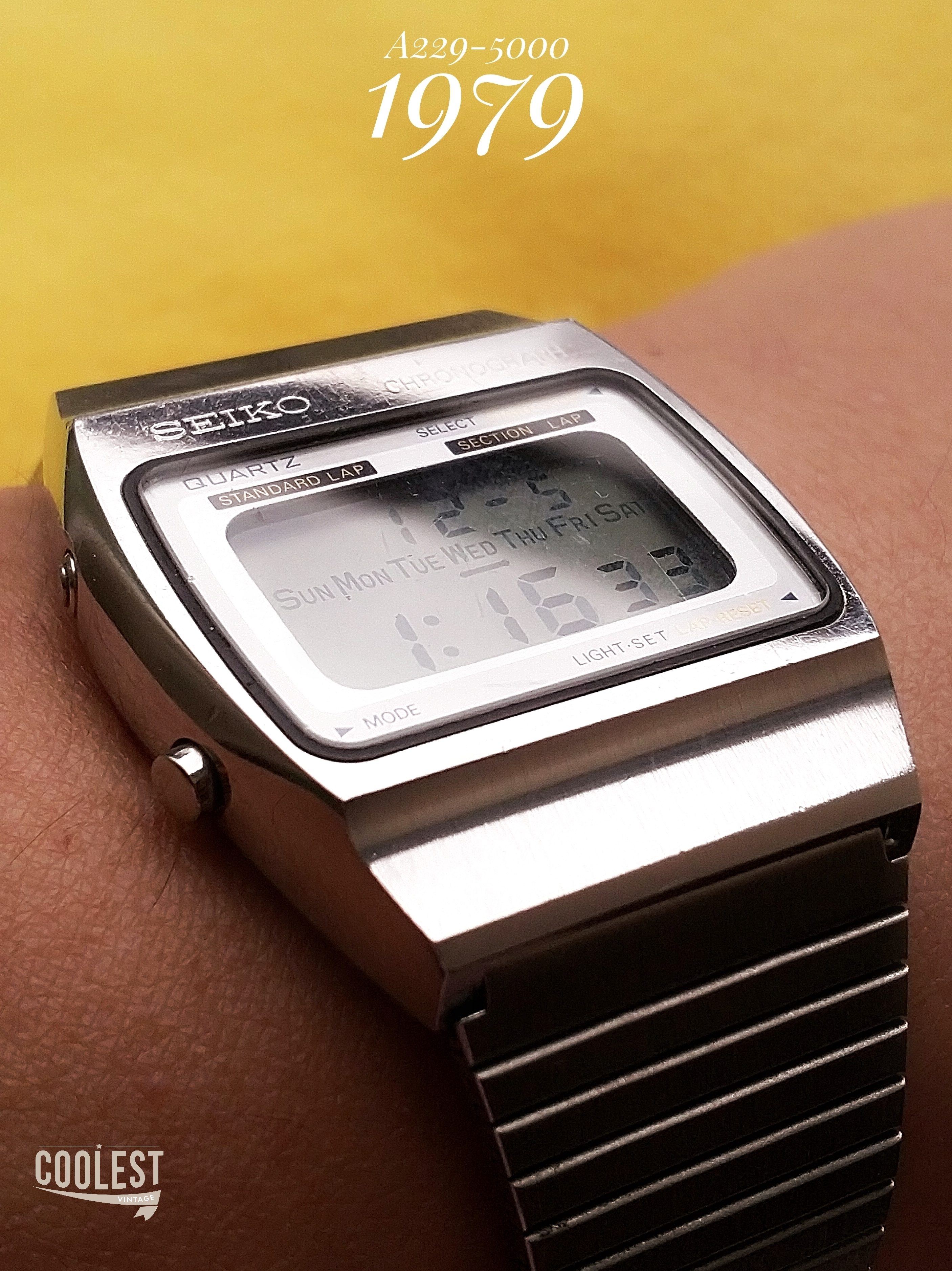