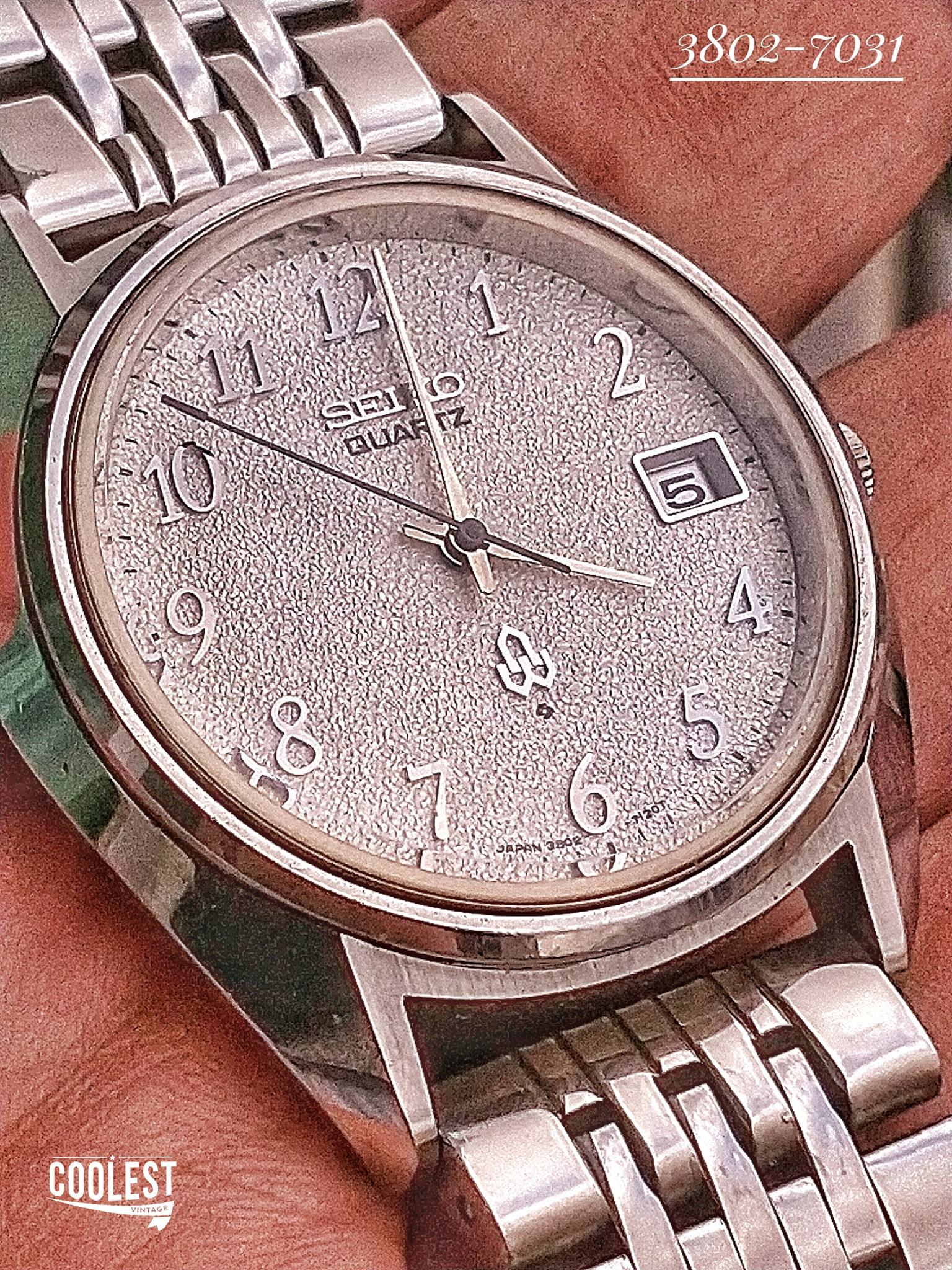 After Seiko had launched the world's first quartz watch to public in 1969 December, it took them a few years to make quartz watch a bit more affordable to general people.  Belongs to their early quartz series, the 38 series could said to be more price friendly for the first time.

This 3802 was one of those.  I's very well kept and close to NOS condition.  a really stunning dial texture, plus applied indices in numeric numbers.  This is definitely a keeper.  Originally should come on leather with a Seiko signed pin buckle.  Now with an all solid stainless steel bracelet, it does shine anywhere, with its all silver finishing.  Note this is a less seen model as most do have day/date, but this, has only a date window.  Which is less of a people's choice generally.