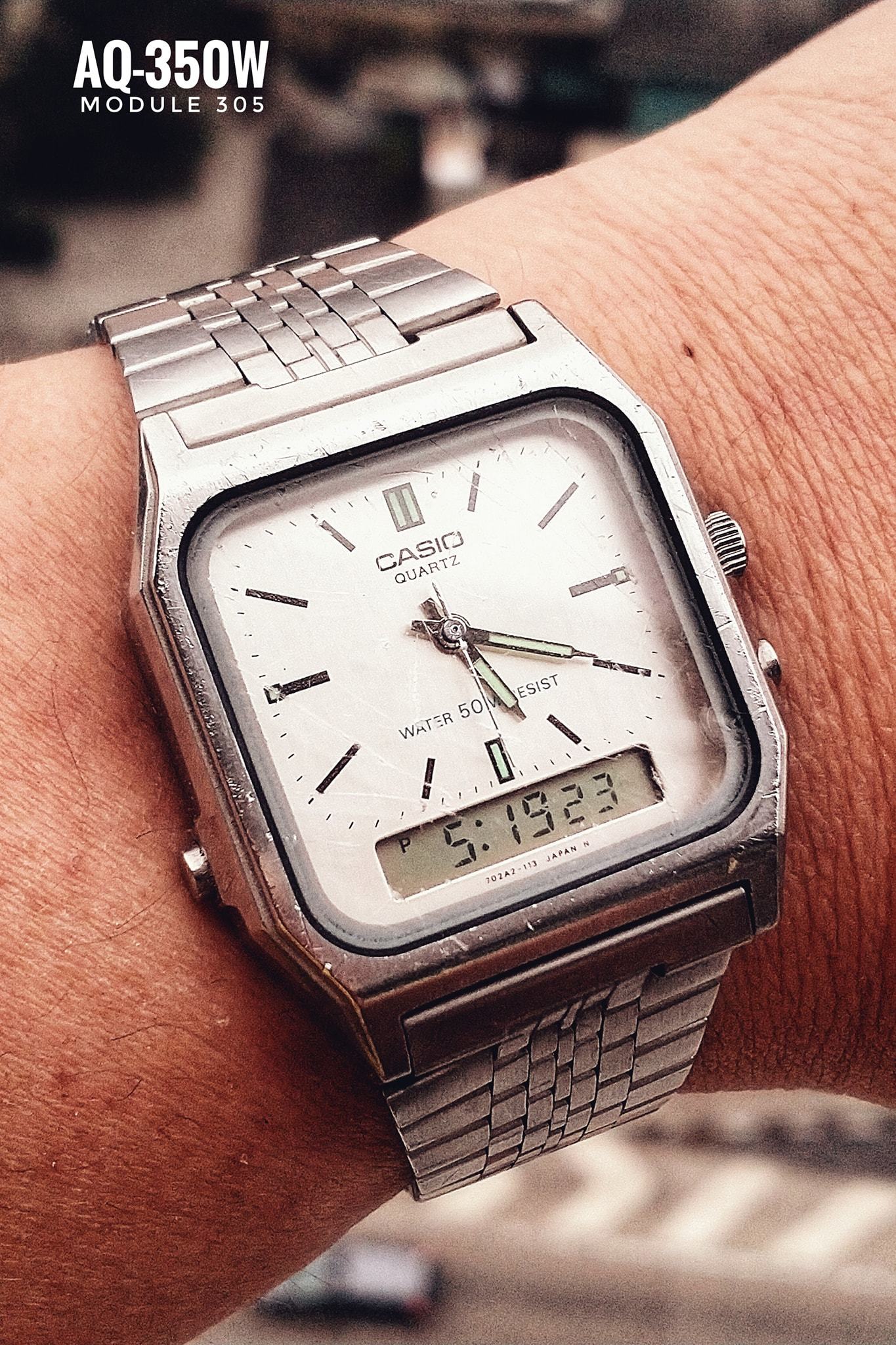 My first Casio Ana-Digi, was actually given by a friend, who was about to toss it to the garbage bin after putting it away for ages and found it while clearing the cabinet.  As seen on photo, it is in a very beaten condition, crown was mushy, the two buttons are completely stuck, bracelet is lugs are filled with dirt fossil, and the worst part was... he told me the battery was still inside most probably!!!

Well, there's nothing to lose. Picked it up from the trash bin and took it home.  Man, the dirt outside the case was nasty.  Just got rid of those hardened dirt and popped open the caseback.  Ewww.... the area around the two pushers were filled with rust.  Okay, that I can manage.  Yes, the battery was there, and I took it out carefully and prepare for the worst underneath.  Hey!  Not bad at all, surprisingly, there was no leak!!  Thanks to a Japanese made battery, probably that's why.  Then the whole cleaning works started and it took about two hours to do it casually with a coffee next to me.

So, the result was, it's back to life. Everything back to it's working order as specified.  Told my friend and about to give it back to him when seeing next time.  He told me, 'Keep it, I had abandoned it and did throw it away.  You saved it, then it should be yours.'  Okay, then now it is the latest member of my Casio box, sitting right next to s bunch of others, some were also saved abandoned, vintage, and modern ones as new as the Protrek smartie.  The model of it, is AQ-350W and according to the serial decoder, it belongs to the 1992 batch, with the module 305 inside.  Welcome to my den. 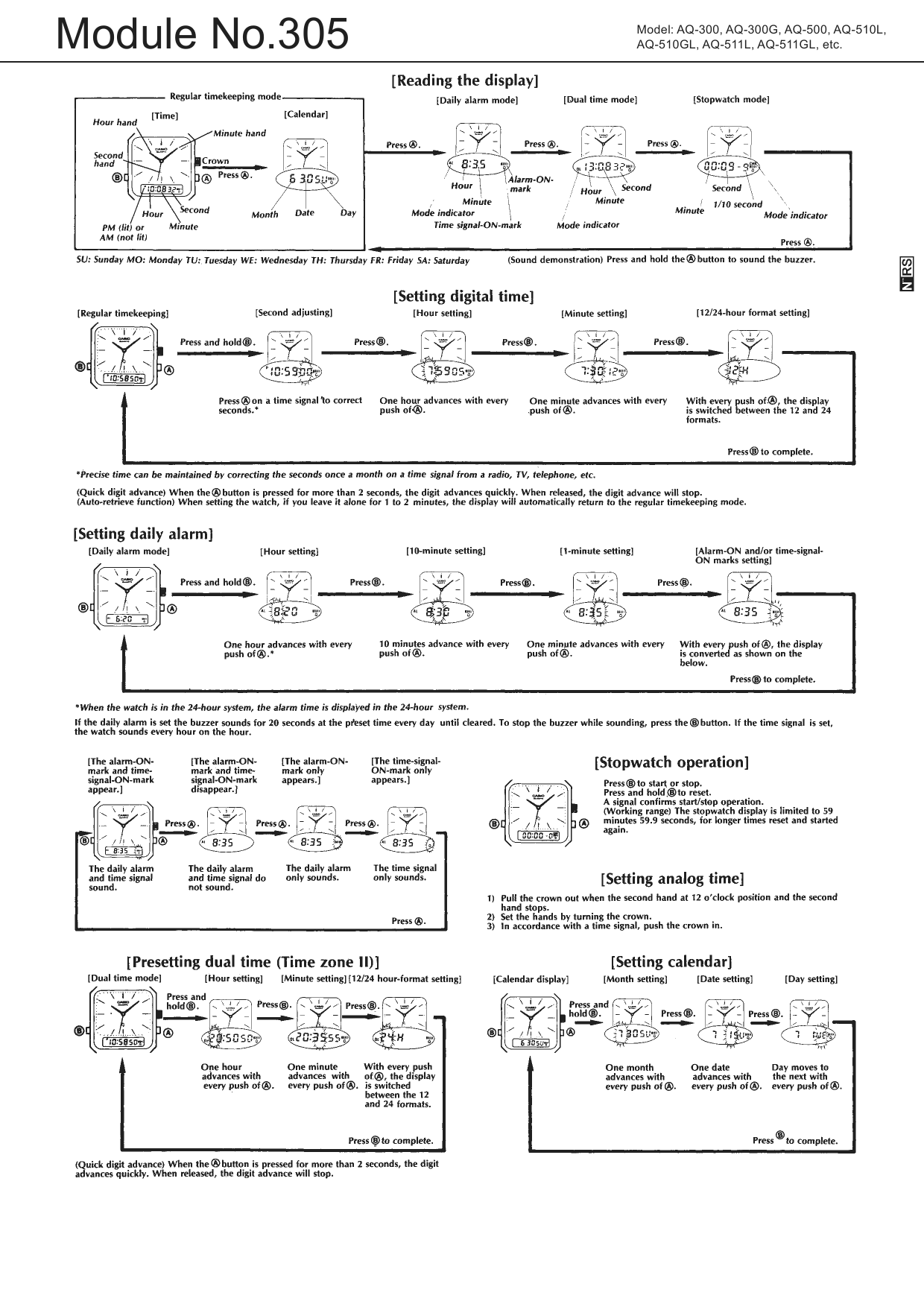