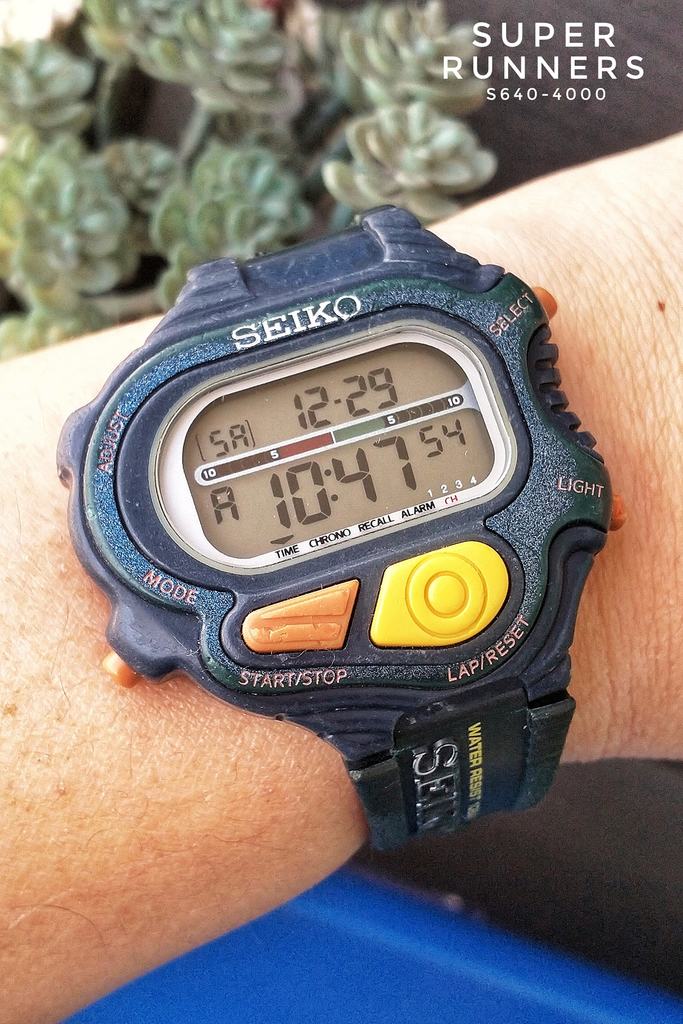 Digital Saturday on a run.

Here's the second generation running watch introduced in 1995, to replace the first gen 'Runners', now this is called 'Super Runners'. This name was used since then till today on the new models. By the name, you could tell this is specifically designed for runners of all types.

The first generation was actually a typical chronograph with lapping features, equipped with large front-facing buttons, so the user could easily operate the start/stop and lap logging. Now the Super Runners, in addition it offers 4 separate channels for the logs and 120 laps per channel capacity. So the user does not need to erase previous records for starting a new session. The screen is now larger with comparatively bigger digits, and the front buttons are color coded for easy identification.

The one here is from 1997. Though it's not in perfect cosmetic condition, still having its original signed band on it, runs fine with perfect button responsiveness. Very much likely it was previously owned by a real runner, unlike me.