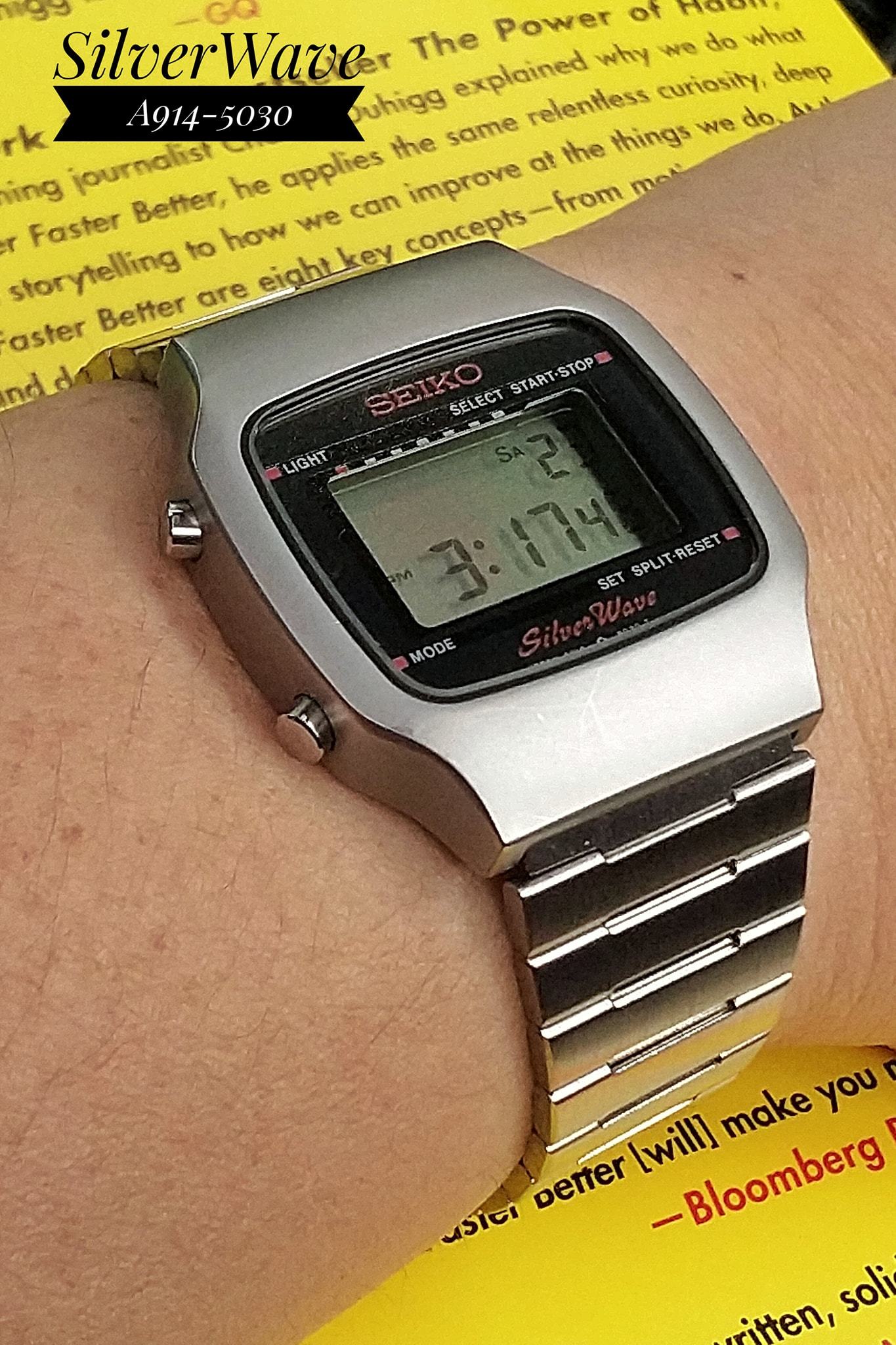 The golden years of Seiko digital didn't really last long.  It last only around 20 years, from roughly around mid-seventies to mid-nineties.

Photo above shows one of the later vintage digital they released in late '80s.  A pretty simple module with the most typical features like stop watch and chronograph.  Still using a real light bulb for brighten up the screen in the dark, where later on most of their new digitals will use the EL backlight technology instead.

You can notice the design of this watch had somewhat moved away slowly from the traditional design. More rounded edges had been used to replaced the sharp angular design elements, that resulted a more futuristic look.

From the early '90s. Seiko had moved the focus in releasing functions-specific digitals, like those which were designed for racing, skiing, running, etc.  And less of these generic digitals were developed.  This is what I perceived from the models they released in that era and hinted from their catalogs.