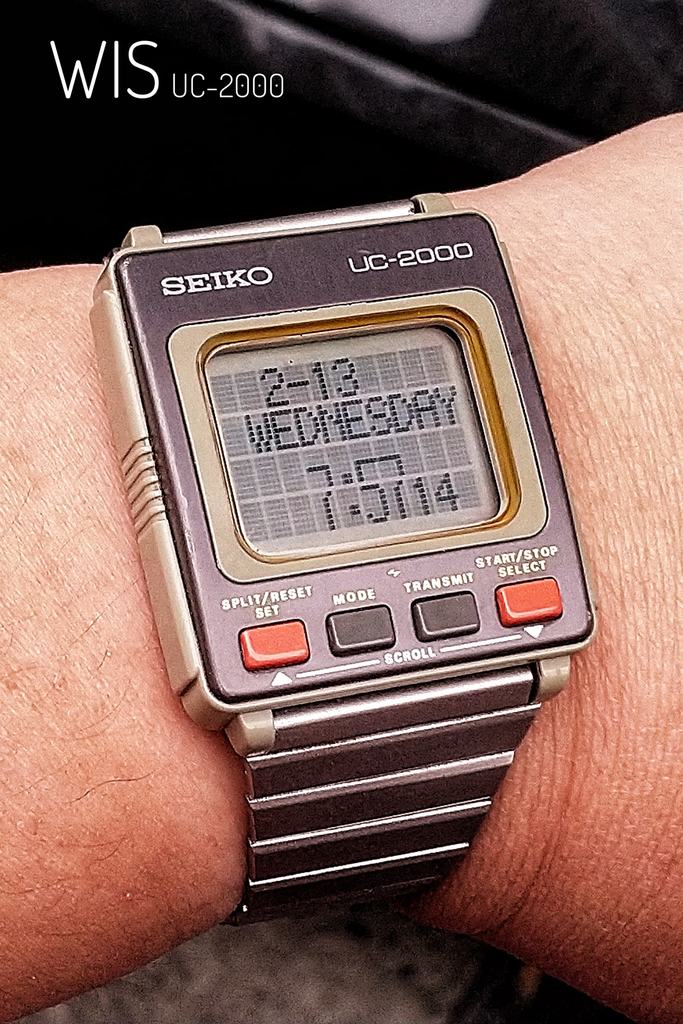 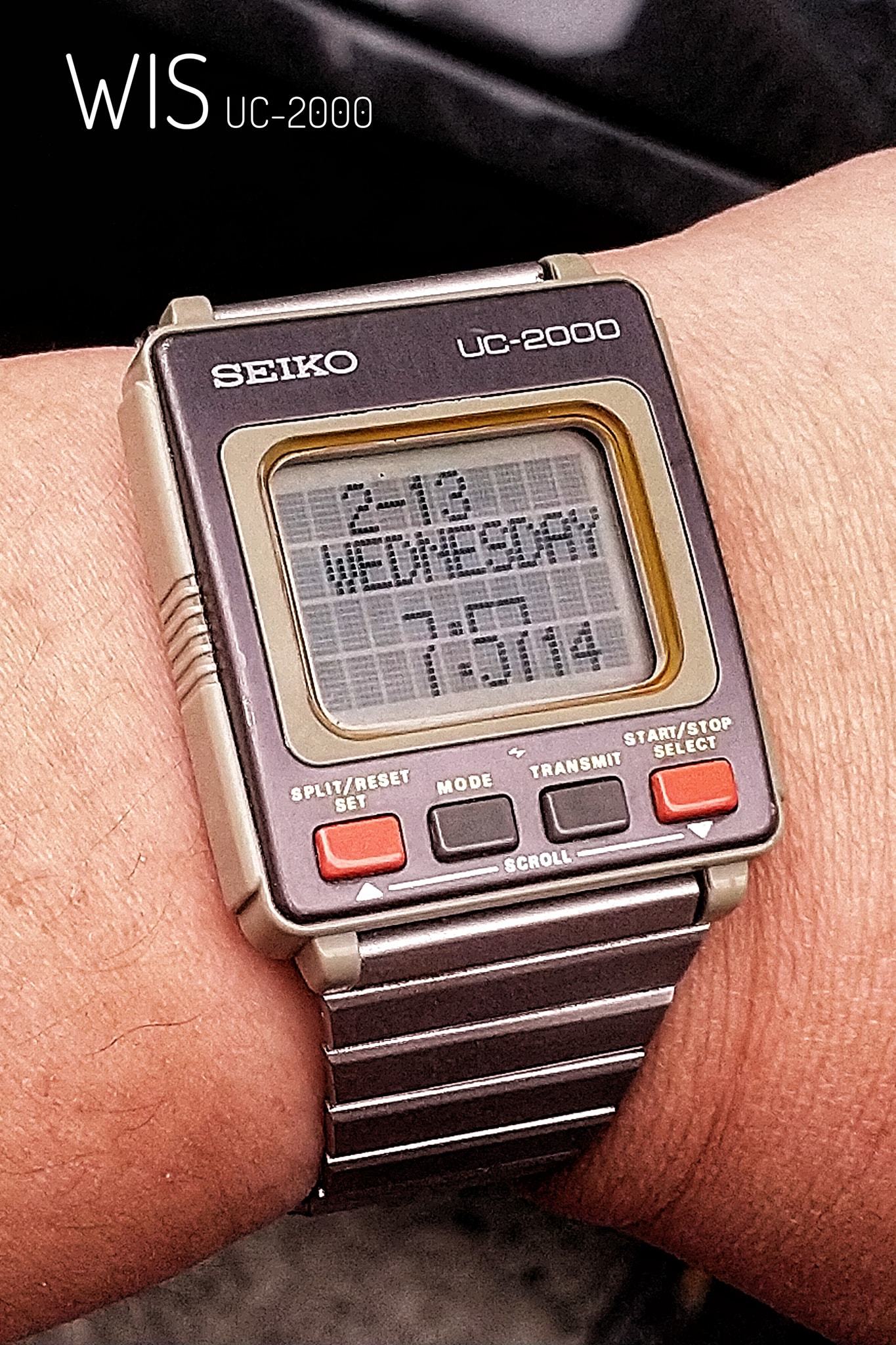 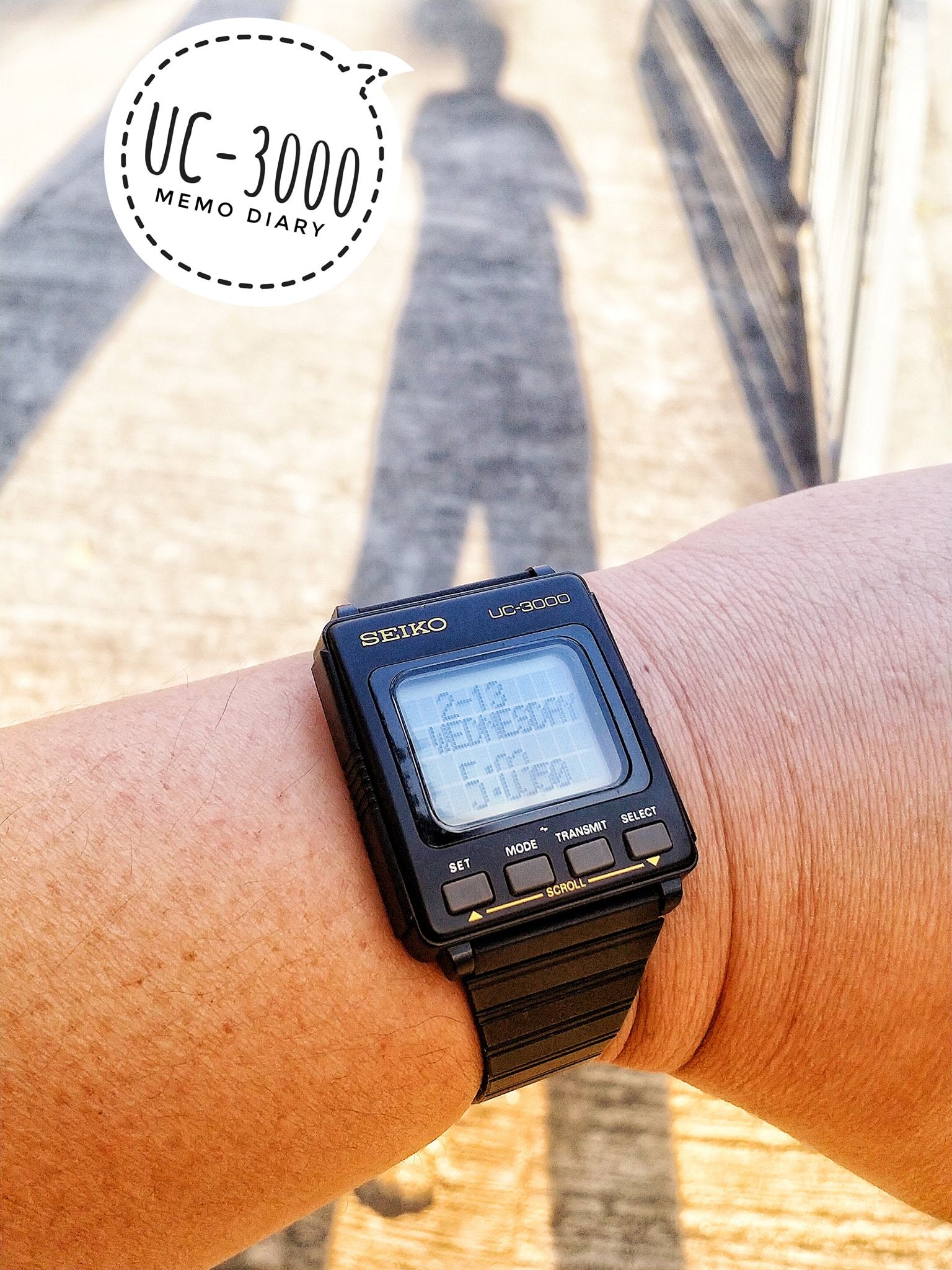 Smartwatches From The Eighties

Today I feeling like wearing what we called 'Nerd Watch' from the old days.

These were the state of the art electronics timepieces of that time.  The UC-2000 was the world's first computer watch, offered by Seiko in the early '80s.  Other than telling time, the user can program the watches to run some programs written in Microsoft BASIC.  By attaching the watch to a specific terminal which was sold separately with supporting cartridges, user can type directly on the QWERTY keyboard to do the programming.  Typical programs such as games and specific calculation utilities, can be loaded to the built-in memory of the watch.

The UC-3000 was an upgraded model with a different set of built-in features, based on the same watch design shown in the above photos.  Instead of having the standard programs, calculator and stop watch, which was on the UC-2000, the UC-3000 replaces those features with a memo taker and scheduler.  Which gears more towards to the needs of the business world.

Both were great gadgets of the day, and later on I will have more details written separately for these two models, along with showing the keyboards, and some vintage advertisements on these watches collected.